Moving To or From Beaverton:

Tap here to call us!

Get A Free Quote

Young or not quite so young, Beaverton is the place to be in Oregon. The city has received numerous awards including being placed in BusinessWeek magazine’s top 10 places to raise a family. This community received the prestigious honor as it features parks located within a half-mile of every resident, a 25-mile network of bike paths, and highly regarded public and private schools. Forbes Magazine rated it in the top 25 suburbs for retirement due to clean air and close proximity to transportation and hospitals.

Beaverton is a suburb of Portland, located approximately seven miles to the west of the city’s downtown. Home to 97,000+ residents, more than one third of Beaverton’s population is made up of married couples with children. The family-friendly nature of the city makes living here highly desirable.

Real estate is a steady investment in Beaverton. The median property value is $439,900 and homes last 7 days on the market. Intel and Nike are the two largest employers in the area.  Beaverton’s proximity to Portland allows an easy commute to an even broader area of jobs. Healthcare, manufacturing, and retail trade are the largest industries in Beaverton, followed closely by professional, scientific, and tech services.

Wondering what weather to expect in Beaverton? Like much of the Pacific Northwest, the city gets more rain than the national average and fewer sunny days. However, despite the frequently overcast skies, the average temperature usually stays above freezing, so the city only gets about 2 inches of snow per year. The best time to visit Beaverton is during July and August when the temperature reaches into the high 70s and low 80s with less cloud coverage.

Beaverton is an attractive city to call home. Our job is to match Beaverton’s charm with a high-quality move in Beaverton. Since we have experience in the city, we can provide a knowledgeable and customer-focused move for you!

Our local moving services include everything from packing and crating, to helping you disassemble your furniture and put it back together in your new home. When you choose Cal’s Moving Help, we handle all the heavy lifting, so you don’t have to worry about a thing.
Moving long-distance is never as simple as a local move, especially if you’re relocating to an entirely new city. For our long-distance customers, we offer an assortment of moving vehicles for your long-distance move, ranging from smaller 16-foot moving vans to the full size 26-foot moving trucks. Each of our crews come prepared with all the tools necessary to take apart and reassemble furniture such as beds and tables. We are Oregon licensed and compliant for relocation within the state of Oregon. Our insurance page contains the necessary documents.
Do you own a business that’s moving to a new space? We’re experienced with standard office furniture, specialized equipment, high-value electronics, and tech moves.
We now move pianos, safes and other heavy equipment. We treat your most prized possessions with the utmost care and have the right equipment to ensure a safe transition.

Give us a call today at (541) 250-6324 to speak with an experienced team member, or email to get a free Beaverton moving quote. 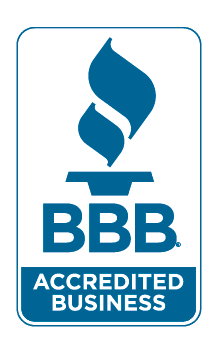